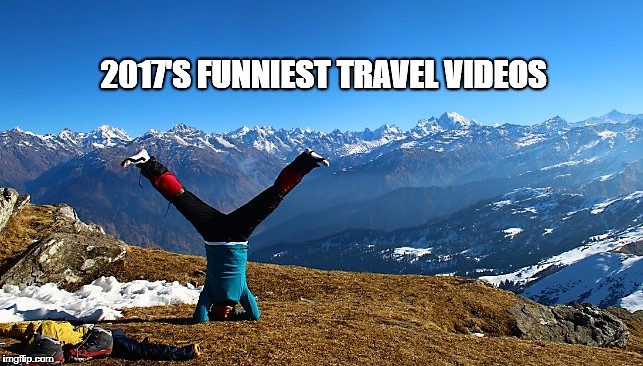 2017 has been another hectic year (as we South Africans say) with the travel industry shaken by US travel bans, airliners mistreating passengers to scam music festivals. Enough material for the creative industry to produce hilarious gems, whether it be advertisements or parodies.

As I have published since 2014, here is my list of the funniest travel related videos for 2017.

E*TRADE has published a few funny travel related videos in 2017 with the intention of making you aspire for the finer things in life.

The world watched in shock as Dr Dao was violently dragged of a United Airlines flight. Many people made mock commercials depicting what you can experience on the airline. This is one of my favorites.

This was by far my favorite Super Bowl commercial.

South African low cost carrier Kulula has published quite a few #TravelHater ads. Check out more of them on this Playlist

Who can forget the rich millennials stranded on a tropical island at the elite music festival that didn’t happen?

Producers from many countries published their response to the America First campaign. Here was South Africa’s.

While I don’t believe in the messaging behind this skincare ad, it was still executed well and it’s funny.

Great destinations and a catchy song.

Specsavers have published a few funny ads this year making fun of people who are not wearing their spectacles / contact lens.

This kids tears of joy is heartwarming.

This video of Adrian Thomas is more than a year old but it became viral after Abu Kad uploaded it onto Facebook in January 2017. Since then it has been viewed more than 900000 times across Facebook and YouTube

The Funniest Travel Videos of 2021

Tips before embarking on an adventure

The Funniest Travel Videos of 2020